In the heart of Padua, we tailor men's suits choosing the best sartorial tradition since 1963.

For we pursue the craftsmanship, quality of the materials, and attention to details with the same passion we had fifty years ago: we offer experience and excellence in the tailor-making of suits paired with the selection of the most exquisite and renowned fabrics in the world.

The professional will find a collection suitable to his needs and personality, able to spread around the elegance of a craft-made item.

To tell fifty years of a tailor’s shop history is to reminisce many different stories: one of a family that made craftsmanship and elegance its motto, one of a city always full of life such as Padua, and one of costume, between timeless style and fleeting fashions. Let’s travel through these stories, step by step, from the beginning.

In the mid-Fifties Silvano, fourteen years old, begins his apprenticeship the tailor’s laboratory of his uncle Emilio. The laboratory, a stone’s throw away away from the then Family home in Borgoricco (in the province of Padua), will be for Silvano the first school, where Silvano learns to identify different fabrics and assimilates the first rudiments of the profession. After just a year, he will sew his first pair of tailor-made trousers.

In 1957 Silvano begins his first real job: he is hired, together with his brother Dino, at the Segato tailor’s laboratory, in Vigonza. Here he has the role of “first help”, handling the production together with other six people: a huge responsibility for a barely seventeen years old boy.

At eighteen he experiences the first turning point. Silvano leaves the Vigonza laboratory, where his brother Dino stays, and goes to the city, Padova, where he meets the Master Tailors that will develop his craft: Vangato, from 1959 to 1962, and Giuseppe Capuzzo, from ’62 to ’63. These are four intense years, during which Silvano masters the techniques and gets to know the city and its inhabitants, learning and absorbing their style. 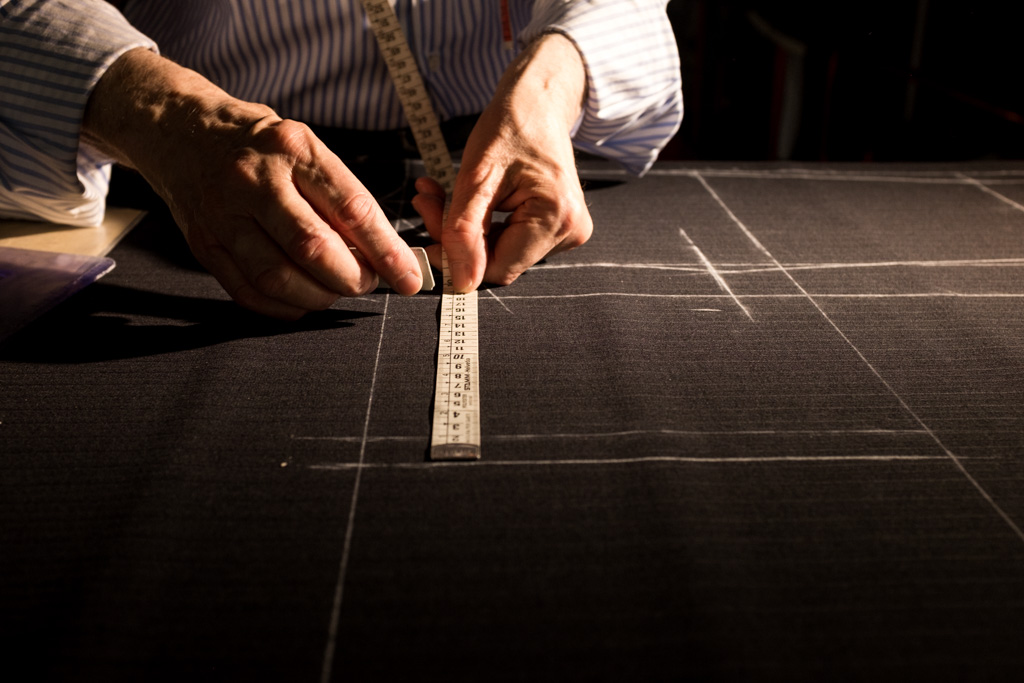 By the end of 1963 it’s time for the second turning point: at 22, together with his brother Dino, he takes over an old tailor’s laboratory, complete with sewing machines and a list of clients. It’ is a small laboratory on the third floor, an attic in via Roma: at the time, tailors didn’t have shop windows on the streets, they would receive clients in private apartments, opened at any hour.
Silvano and Dino couldn’t know it at the time, but that was going to be for more than 50 years, and still is today, the tailor’s shop “Sartoria F.lli Concolato”

The Tailor's shop grows up

The Tailor’s shop, during the decade between 1963 and 1973, has been making a name for itself. Its clientele has broadened and the number of employee is growing: there are now five tailors working in the laboratory in via Roma. The laboratory is moved to a bigger structure, a couple of doors down the same street.

In these years, via Roma is the shopping centre of the city, a boulevard where couture fashion boutiques, bakeries, furrier’s and jewelers follow one other, and where thousands of people promenade dodging the hundreds of buses and cars that travel trough via Roma to reach the squares and Caffè Pedrocchi.

During the second half of the Seventies we witness the first transformations, and tailors have to compete with industrial tailoring. The dress culture is changing: product’s personalization and custom tailored suits are losing ground against ready-made clothes.

It’s 1976. Silvano and Dino understand the on-going shift and reinvent themselves: the boutique “Vogue 80” is born, still in via Roma, and opens to ready-made men clothing. Tailor sewing and selected brands live now side by side.

Simultaneously we witness the first Fashion Shows, at Caffè Pedrocchi, at Palazzo della Ragione, and in prestigious hotels in Abano and Montegrotto Terme, events that would last throughout the Nineties.
A more international clientele, mostly from Germany and Russia, gets to know the value of the sartorial product made in Sartoria Concolato.

The tailors’ public is rapidly changing during this decade, and it doesn’t speak just Italian anymore. Silvano travels around Europe to attend several worldwide tailors’ conventions, promoted by the major international fabric suppliers.

In the 2000s, Sartoria Concolato is awarded several acknowledgements for its long-standing experience; among the others, the recognition and acceptance in the Tailors’ National Academy in Rome, and the Gold Metal of the Provincial Artisans Union.

Many are the prestigious clients who came in succession in more than fifty years of activity, but among them surely the astrophysicist Stephen Hawkings stands out, having contacted Sartoria Concolato in 2006 to commission a tailor made suit.

Today it’s up to Marco, Sivano’s son, to fulfill the Concolato Tailors’ legacy, thanks also to a few digital innovations, and carry on their important history. To revalue the best sartorial know-how, to offer a top quality product suitable to the expectations and the style of professionals: these are, today, the purposes that Sartoria Concolato is committed to achieve.